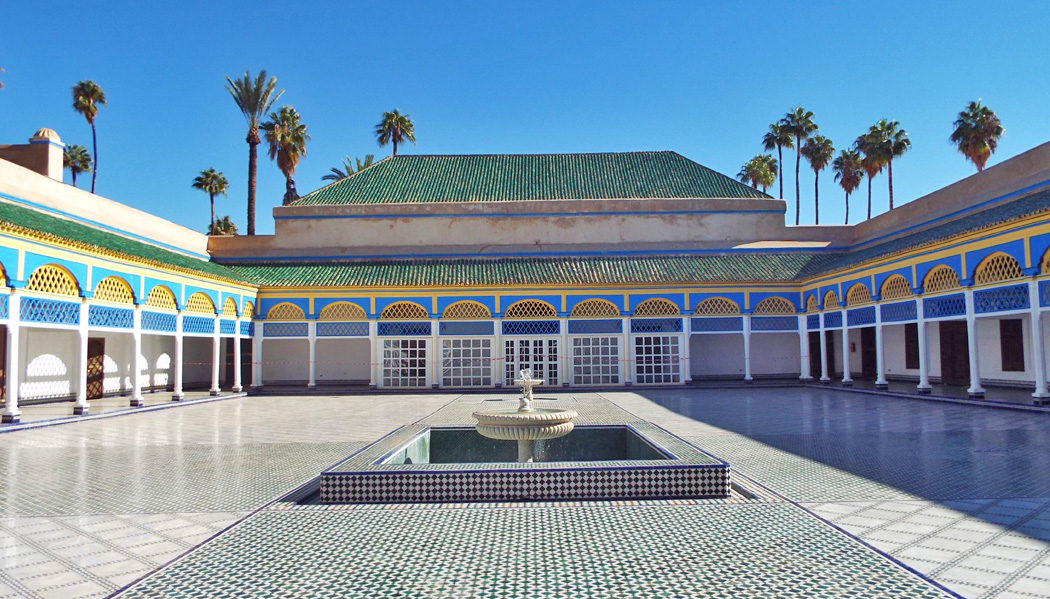 Marrakesh is a city that is almost a 1,000 years old, so if you are wondering if there are a few historic sites to see in town, the answer is a resounding yes. Indeed, the high thick walls that surround the medina (old city) hide some real cultural gems you should make a point to see during your visit. While Moroccan architecture is a blend of many different design influences, it’s perhaps the Islamic imprint that is the most interesting. And lucky for you, all the characteristics of Islamic architecture are on display in palaces, tombs, and Koranic schools in Marrakesh. Meanwhile Marrakesh’s new city is home to some beautiful French and Islamic-inspired gardens, replete with fountains, towering shade trees and mosaic backdrops.

Here are the top five sites you won’t want to miss in Marrakesh. So pencil these into your travel diary and let’s go.

Ben Youssef Medersa
This is my very favorite building in Marrakesh. Did I mention it is a Koranic school? Yes, for more than four centuries the Ben Youssef Medersa played host to students hungry for knowledge in various subjects, including theology. The school, particularly the ground floor, is positively magnificent (and frankly, that’s an understatement). A beautiful center basin, incredible Moroccan mosaic tiled walls, hand sculpted plasterwork, and ornate wood work—all come together to enchant.

Saadian Tombs
The Saadian tombs are some pretty chic burial grounds, alright. Remnants of the Saadian dynasty that used to rule Marrakesh, Sultan Ahmed al-Mansour had this series of elaborate gilded tombs made to house his remains and those of his descendants (simple coffins apparently just wouldn’t do). Unfortunately, some of the tombs are in ruins but they are nonetheless very worth visiting. Bottom line: macabre but stylish.

Majorelle Garden (and Berber Museum)
Unquestionably Marrakesh’s most fashionable (and glamorous garden), this jewel of a botanical garden in named after the French painter Jacques Majorelle who created it. The garden increased its chic-factor yet further when it was bought and restored by French fashion designer Yves Saint Laurent. There is an eye-popping variety of plants and trees from all over the world, punctuated by pergolas and fountains. The Berber museum on the Garden’s property is breathtaking—it’s where I go to take notes on Morocco’s fascinating Berber culture.

Bahia Palace
In the late 1800s, the Bahia Palace was built at the pleasure of Ba-Ahmed, a former slave who rose to become the all-powerful Vizier to the Moroccan Sultan. An admirer of fine things, Ba-Ahmed brought builders and artists from Fez to build the Palace and it remains quite spectacular with its Islamic architecture and beautiful Moorish gardens. The palace has extensive quarters for Ba-Ahmed’s four wives and twenty-four concubines—suitably opulent digs for such a harem.

Maison de la Photographie
La Maison de la Photographie is one of my very favorite spots in Marrakesh. This gallery in a courtyard mansion in the old city features dozens of photos depicting Moroccan culture and history over the last 150 years or so. A documentary on Berber life by Daniel Chicault, shot 1956, runs on a loop on the second floor. The gift shop is also a great place to pick up prints and postcards. And when you are done seeing and shopping, lounge at the rooftop terrace cafe. 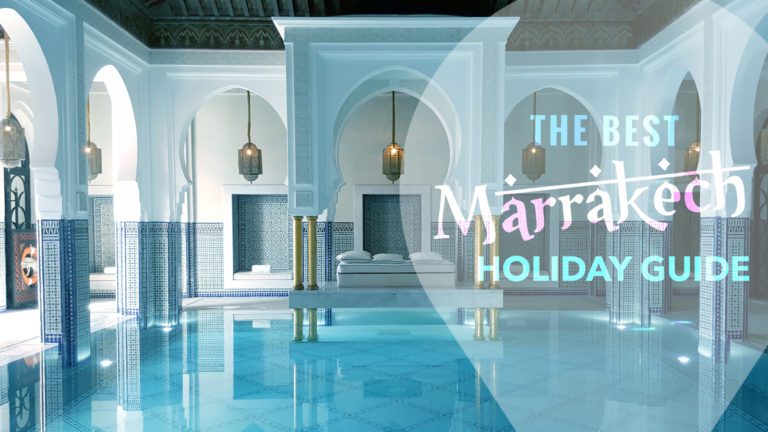 Planning a holiday to Marrakech is amazingly unique, and unlike any other warm weather vacation. This 360 Marrakech travel guide will help you decide what to do in Marrakech, best hotels, where to eat and more. The best time to travel to Marrakech is April-June and October through November. During this time, the weather in Marrakech is…

A day trip to Marrakech to Aït Benhaddou, a kasbah famous for scenes in Lawrence of Arabia and Game of Thrones. Getting to Aït Benhaddou includes 8 hours in a car; driving through the High Atlas Mountains, through the desert, seeing a palindrome of red and green. THE DRIVE TO AÏT BENHADDOU Started the day early,  we wanted to take a…